I made the decision to start my own lingerie line about three years ago. I was working as a bra fitter for 7 years (10 Years now!!) and felt I had hit a career ceiling. I had not a clue what to do! Here’s what I did know: My lucky seven years in the business gave me a plethora of knowledge on the Lingerie Industry , I had a well honed intuition for what my client desired and a passion for the design medium as a tool for revolutionary social change. Other than the nuts and bolts of physically making the collection, What other issues could I possibly need to address before taking the lace plunge? Oh, how I was mistaken….

Pursed lips, a flash of stocking, ample cleavage wrapped in satin, a kittenish stare…. These qualities are all part and parcel to the daily scroll of my favorite lingerie brands and bloggers.

I simply love the images of my fellow Lingeristas and embrace the sexuality that oozes from each pictorial dream and the amazonian strength that commands the frame. After the career decision to embark on building my own lingerie company, there was so much to consider. Oddly enough, the question that kept me awake in the blue glow of my phone well into the wee hours of the night was…..could I really do that?

After starting my Instagram called @fulltimelingerie, comprised of photos with a lascivious tilt, I’ve received my fair share of…hmmm… let’s say, interesting pictures (and/or requests)  from predominantly men. Robotically, I delete, block user & repeat, if necessary. Every once in a while I receive a nasty comment from a woman condemning me to eternal Slutdom but, that’s rare. Keep in mind, this viewer response is without  featuring myself in lingerie. Just being a platform for the illicit is criminal enough.

So, back to the question:

Could I really do what my fellow Lingeristas do so well? Am I capable of  featuring myself as a subject in my path of artistic exploration?

My main concern wasn’t even if I had the brass ovaries to display myself so publicly. I mean, ‘Sheesh!’, I was Inked Magazine’s “Girl of the Month” way back when (waaayyyy back when) arching my back in Agent Provocateur and playfully rolling around in sheets for the camera. All to be published in a glossy for all the world ( well–er, all the Barnes& Nobles at least..) to see! But now, faced with the possibility of doing the very same thing for my own company’s purposes, the prospect sits uneasy with me. Am I having a crisis of confidence?  Where was that Woman who gleefully moved from pose to pose? Giggled, even!

After rolling over all my initial insecurities: ‘You’re too old, you’re not a model.’  I was finding myself deeper down the rabbit hole of my mind and truly fearing my debut collection would suffer. That my ideas would not be taken seriously but rather be viewed as an opportunity to get attention.  That’s when the following inquiry began to light up my minds eye like a thousand watt marquee:

Is there a space for Women to creatively express themselves sexually without fear of retribution to their social status, career or character?

There are many artists I draw inspiration from but, there is a unique female point-of-view that I simply thirst for. The work of Bunny Yeager, Francesca Woodman and Martha Graham have held the top positions for quenching that thirst for quite some time in my life. To merely say they influenced me is an understatement. Their subjects were flawed, taboo, macabre and their approach was wholly unconventional. 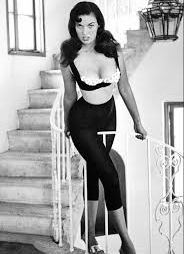 These three artists are examples of women who took the plunge and used themselves as subjects. Criticized as self indulgent, inexperienced or demanding their bodies were canvases. Their bodies, a stage for awe inspiring transformation. A battleground for exploring intimacy and elusive identity through the (sometimes nude) self portrait.

Reminding myself of the tour-de-force body of work of these exceptional female artists helps assuage my desire to be my own subject. Still, as my company takes shape this question of ‘Space’ persists. The ‘Space’ for women to move creatively, intellectually, emotionally or even physically has persistently been threatened. As a woman, it’s an issue I am familiar with.

Upon examining this question, A lot of uncertainties have arisen within me but one thing is certain. The admirable women who move in that ‘Space’ reveal truths for all women and, as history shows, A woman’s truth has always been met with skepticism.

My truth is my body. I cannot separate the two.

I cannot do what so many have mistakingly done and meet the question of ‘Space’ and Female Artistic Exploration with skepticism. Rather, I could embrace my desires as I have embraced the inspiring work of my fellow Female Artists.

So, to answer the question: Am I capable of  featuring myself as a subject in my path of artistic exploration?

I am capable and even eager at the prospect. The lesson my fellow Lingeristas taught me was that it will be done on my terms.

It’s strange what happened when I stopped being intimidated. I began to see what had been staring at me all along. All of these women who I gushed were “pictorial dream[s]”  and had “amazonian strength that command[ed] the frame” started right where I was. Rather than let intimidation take the wheel each of them learned to work creatively in their ‘Space’ in their own unique way and in the process created a style thoroughly their own.

You can see the one-of-a-kind Lingerista Blogger influence splashed all over big lingerie brands such as Agent Provocateur, Lane Bryant and Empreinte. 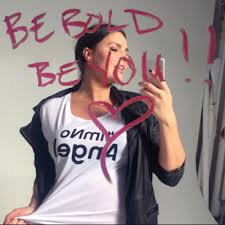 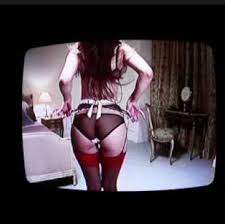 So, to all the critics….react skeptically, no matter! Because this Woman (Moi!) has made the decision to Command her Space.